The objective of our research is to identify the psychobiological bases of memory degradation related to aging or post-traumatic stress. For this purpose, we first needed to develop satisfactory animal models because the memory affected by aging or post-traumatic stress is called declarative memory (MD), i.e. a typically human form of memory. As we age, MD declines, whereas in post-traumatic stress disorder we observe a paradoxical memory alteration profile in which the degradation of declarative memory goes hand in hand with a reinforcement of the non-reporting expression of the traumatic event. As a result, we are developing two main areas of research: one on the decline of declarative memory during aging, and the other on the alterations of memories associated with stress. Each of our research axes is based on a specific behavioural model in mice.

With regard to aging, we established a model of preferential degradation of MD in elderly mice based on the flexibility characteristic of this form of memory (Etchamendy et al., 2003a; Marighetto et al., 1999; Mingaud et al., 2007; Touzani et al., 2003), then tested this model in humans (Etchamendy et al, in press) (Figure 1). 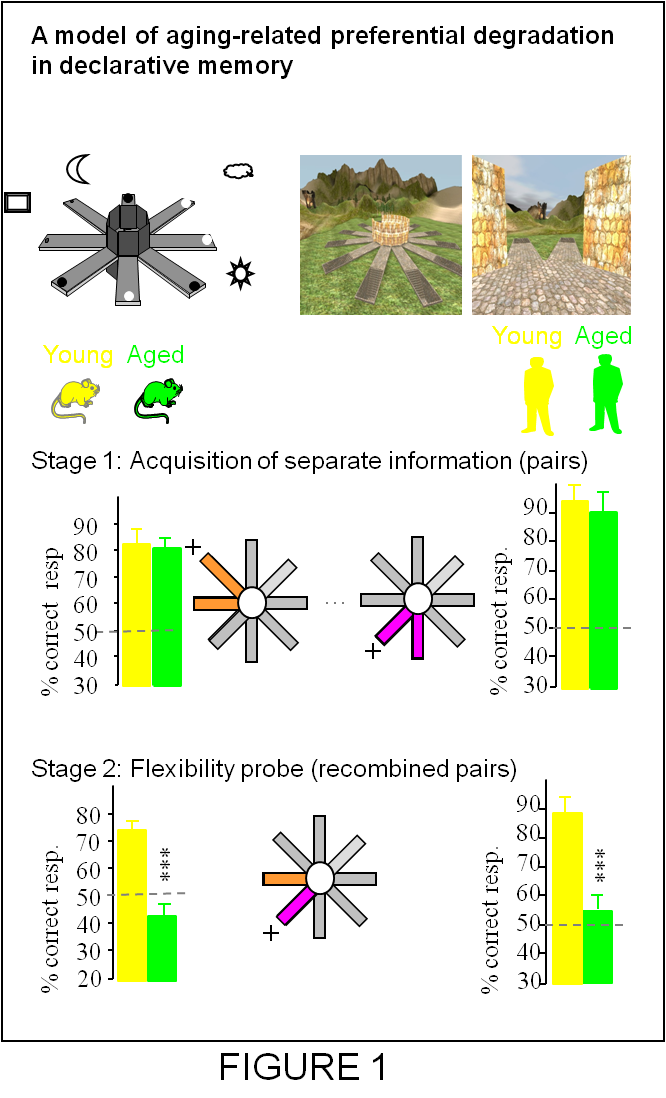 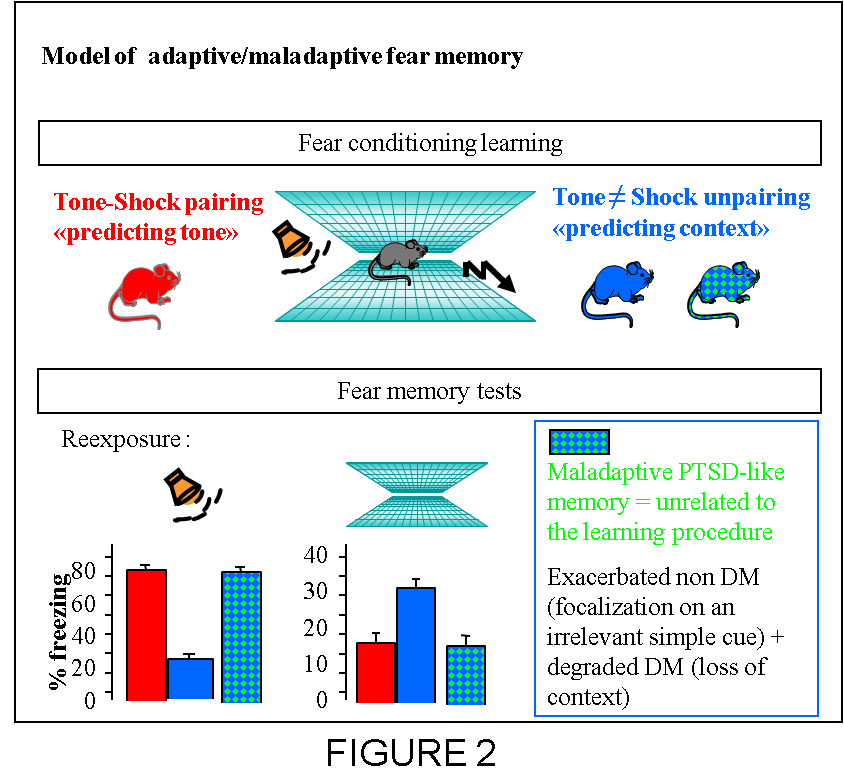 Using this model we have shown that, during the acquisition of fear conditioning, the functional coordination of declarative and non-declarative memory systems, based respectively on the hippocampus and the amygdala, is essential for the formation of normal fear memory. An alteration in this coordination could therefore be involved in the formation of pathological memory such as that observed in post-traumatic stress disorder (Calandreau et al., ; Calandreau et al., 2005; Calandreau et al., 2007; Desmedt et al., 1998; Desmedt et al., 1999; Trifilieff et al., 2006; Yaniv et al., 2004). On this basis, we will now try to identify the factors likely to induce the formation of a memory of fear characteristic of post-traumatic stress. In particular, we will study the characteristics of stress (i.e. its intensity and degree of "uncontrollability" by the subject undergoing it) and factors of individual vulnerability. Once the conditions that induce traumatic memories are identified, we will study the underlying mechanisms by analyzing the activities of memory systems and their interactions. By continuing our integrative approach, linking intracellular markers of activity and plasticity to the functioning of memory systems, we hope to help develop new therapeutic and preventive strategies for memory impairment caused by aging and post-traumatic stress.