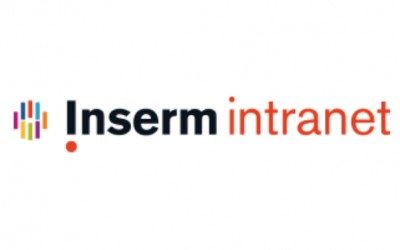 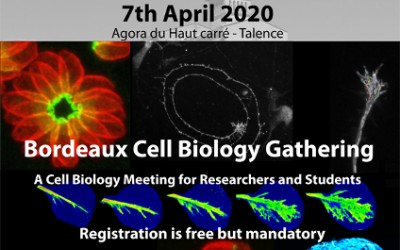 Ourania SEMELIDOU from Frick's lab will give a presentation entitled 'Revealing the neuronal circuitry of adaptive behaviours in Drosophila melanogaster'.

Alex Fletcher-Jones from Marsicano's lab will give a presentation entitled "Mitochondrial trafficking of CB1: Finding mitoCB1"

A series of reference-books on the neurobiology of addiction, by Michel Le Moal

With the help of three other international experts, including his long-time accomplice George Koob, Michel Le Moal presents a broad synthesis of what we know about the neurobiology of addiction, in this series of books published by the prestigious Academic Press editions. The first volume addresses in particular the history of addiction theories together with the evolution of the animal models used, to arrive at the more recent discoveries. Each other volume is specifically devoted to a family of drugs of abuse.

The origin of biological lanxit remains unclear, particularly pathological lanxit which nevertheless affects nearly 20% of the population. But thanks lquipe Atip Futures what was up and runs for two years, Anna Beyeler, researcher at Inserm Neurocenter Magendie Bordeaux, sest launches the challenge of some of the mechanisms rvler impliqus in this psychiatric disorder.

The BioProt platform (Biochemistry and Biophysics of Proteins) is the only one under the supervision of the Bordeaux Neurocampus department. Labeled "Research Platform of the University of Bordeaux", it is located in the premises of the Neurocentre Magendie. We met Yann Rufin, a research engineer who has been working on the platform since 2018.

The paper shows that (1) contextual amnesia, produced by the optogenetic inhibition of hippocampal activity (dCA1) during stress, causes PTSD-like hypermnesia in mice, and (2) the re-contextualization of traumatic memory by re-exposure to all trauma-related cues cures PTSD-like memory while promoting normal fear memory.
Article

(A Study from Desmedt’s team in collaboration with PV Piazza & Lundbeck Lab.)
Comment

The paper shows (in collaboration with Lundbeck Laboratory) that acute administration of brexpiprazole, a new antipsychotic drug with pro-cognitive effects in rodents, (0.3 mg/kg) 7 days’ post-trauma persistently prevents the expression of PTSD-like memory in mice, while promoting normal fear memory. Specifically, It specifically blocks the emotional hypermnesia of PTSD while enhancing (with superior efficacy when compared to diazepam, prazosin and escitalopram) memory for the traumatic context, which is impaired in PTSD. Moreover, this treatment also normalizes most of the alterations in the hippocampal-amygdalar network activation associated with PTSD-like memory. These preclinical data indicate that brexpiprazole could represent a new pharmacological treatment of PTSD promoting the normalization of traumatic memory.
Reference


Physical exercise, which can be addictogenic on its own, is considered a therapeutic alternative for drug craving. Exercise might thus share with drugs the ability to strengthen excitatory synapses onto ventral tegmental area (VTA) dopaminergic neurones, as assessed by the ratio of AMPA receptor (AMPAR)-mediated excitatory postsynaptic currents (EPSCs) to NMDA receptor (NMDAR)-mediated EPSCs. As did acute cocaine, amphetamine, or Δ9 -tetrahydrocannabinol (THC) pretreatments, an acute 1-h wheel-running session increased the AMPAR/NMDAR ratio in VTA dopaminergic neurones. To dissect the respective influences of wheel-running seeking and performance, mice went through an operant protocol wherein wheel-running was conditioned by nose poking under fixed ratio schedules of reinforcement. Conditioned wheel-running increased the AMPAR/NMDAR ratio to a higher extent than free wheel-running, doing so although running performance was lower in the former paradigm than in the latter. Thus, the cue-reward association, rather than reward consumption, played a major role in this increase. The AMPAR/NMDAR ratio returned to baseline levels in mice that had extinguished the cued-running motivated task, but it increased after a cue-induced reinstatement session. The amplitude of this increase correlated with the intensity of exercise craving, as assessed by individual nose poke scores. Finally, cue-induced reinstatement of running seeking proved insensitive to acute cocaine or THC pretreatments. Our study reveals for the first time that the drive for exercise bears synaptic influences on VTA dopaminergic neurones which are reminiscent of drug actions. Whether these influences play a role in the therapeutic effects of exercise in human drug craving remains to be established.